Home /Blog, Everything else, Opinion/83% Of America’s Top High School Science Students Are The Children Of Immigrants

Blog,Everything else,Opinion |
0
SHARES
ShareTweet
Subscribe
What would we lose if immigrants could no longer come to America? Surprisingly, one of the most important things America would lose is the contributions made by their children.

A new study from the National Foundation for American Policy found a remarkable 83% (33 of 40) of the finalists of the 2016 Intel Science Talent Search were the children of immigrants. The competition organized each year by the Society for Science & the Public is the leading science competition for U.S. high school students. In 2017, the talent search competition was renamed the Regeneron Science Talent Search, after its new sponsor Regeneron Pharmaceuticals,and a new group of 40 finalists – America’s next generation of scientists, engineers and mathematicians – are competing in Washington, D.C., from March 9 to 15, 2017.

Both family-based and employment-based immigrants were parents of finalists in 2016. In fact, 75% – 30 out of 40 – of the finalists had parents who worked in America on H-1B visas and later became green card holders and U.S. citizens. That compares to seven children who had both parents born in the United States.

To put that in perspective, even though former H-1B visa holders represent less than 1% of the U.S. population, they were four times more likely to have a child as a finalist in the 2016 Intel Science Talent Search than were parents who were both born in the United States.

In addition to China, India and the United States, the countries of origin for the parents of 2016 Intel Science Talent Search finalists represent a diverse set of countries, including Canada, Cyprus, Iran, Japan, Nigeria, Singapore, South Korea and Taiwan.

The science competition has been called the “Junior Nobel Prize” and more than 95% of winners of the Intel Science Talent Search (STS) traditionally have pursued science as a career, with 70% earning Ph.D.’s or M.D.’s. Many of the students I interviewed hope to start their own companies.

In 2016, seven of the nine top awards were earned by the children of immigrants, including first place prizes for innovation and basic research. Amol Punjabi won the First Place Medal of Distinction for Basic Research for developing software that could be used by pharmaceutical companies to combat cancer and heart disease.

The children of immigrants among the finalists I interviewed understood the sacrifices their parents made to ensure them a better life. And, it is important to remember, all of these children, whether born here or naturalized, are as American as you and me.

Augusta Uwamanzu-Nna appreciates all her Nigerian-born parents have done to give her the best education possible. “They sacrificed so much for me,” said Augusta, who experimented with ways to improve the properties of cement, which has practical applications that include helping to prevent oil spills. “My father grew up during the civil war in Nigeria and couldn’t afford an education.”

Despite the obstacles, Augusta’s father, Tobias Nna, overcame the odds and was trained as a physical therapist. He came to the United States on an H-1B visa. “Our goal in coming to America was to provide an opportunity for our children to study, have access to journals and computers,” Tobias Nna told me. “I’m very happy they have taken advantage of these opportunities.”

“Seeing what my parents did to make a better life for their children has inspired me to do everything I can to succeed,” said Augusta. “This is the land of opportunity.” 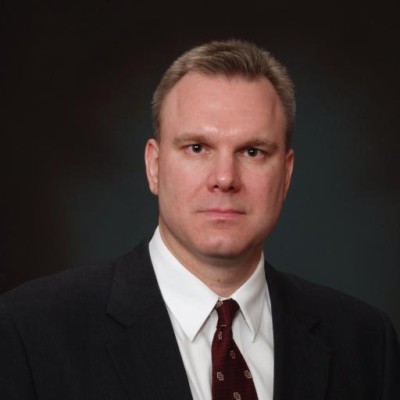 I write about globalization, business, technology and immigration.

Opinions expressed by Forbes Contributors are their own.

Aleppo Is In Ruins, But These Kids Are Heading Back To School
Ten Signs Your Company Couldn’t Care Less About Talent

Purchasing automobile is truly fairly simple. All that is required is a bit of real information and an awareness the buyer is with in complete control all of the time. A customer can walk whenever you want. Dealers understand this and a buyer that is savy make use of this to his/her benefit.